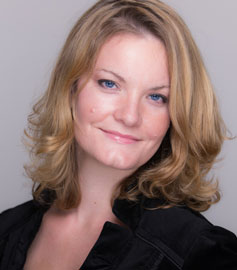 Chelsea Bloomberg (CAM Coordinator of Student Affairs), NCTM, holds a Master of Arts degree in music and a Bachelor of Music in piano performance and pedagogy from Washington State University. She completed her performance studies under Dr. Gerald Berthiaume, then director of the WSU School of Music. She has participated in many competitions and has performed many recitals, both as a soloist and as a collaborative pianist. As a high school student, she worked with Judy Baker, NCTM and became involved with student teaching through Music Teachers National Association; she has been active in the association ever since. While in college, she served as the MTNA collegiate chapter vice-president and president. She studied pedagogy under Michelle Mielke, the WSU Piano Pedagogy Lab School coordinator, for five years and completed an independent study of children’s method books and composed an original method book as part of her elective studies. Bloomberg taught class piano for non-piano majors and was a teaching assistant for music theory for music majors during graduate school. She has presented at conferences and academic showcases for pedagogy and research, taught at summer music festivals, and served as competition judge.

Ms. Bloomberg was awarded the Association for Faculty Women’s Founder’s Award Runner Up for her research on Edward MacDowell’s Four Piano Sonatas and her undergraduate Honor’s Thesis on Beethoven’s compositional periods received Pass with Distinction from the WSU Honor’s College. Additional awards include the School of Music Presser Award, School of Music Outstanding Graduating Senior, and concerto competition prizewinner for the Port Gardner Bay Chamber Orchestra. In December 2011, she won the adult division of the Russian Chamber Music Foundation of Seattle’s Competition/Festival and was awarded with a performance at Benaroya Hall and live performance on Classical King FM’s Northwest Focus with Sean MacLean. She has recently served as Adjudications chair and vice-president of her local association and is the project coordinator for the Russian Chamber Music Foundation of Seattle.

In the teaching studio, Ms. Bloomberg strives not only to provide aspiring musicians with a solid foundation in technique and musicianship, but also show them the joy of expressing themselves through music. She emphasizes correct body positioning and release of muscle tension and her desire is to guide students toward developing greater confidence in both lessons and in performances.